“Trust in the Lord with all your heart and lean not on your own understanding.”
~ Proverbs 3:5

Greenbrier Church is a worship facility that seats approximately 400 parishioners. Adjacent to the existing sanctuary is a large Christian education space, which houses multiple classrooms and administrative offices. However, as the structure of the building grew over time, there was no master plan that incorporated all of the buildings. Thus a lobby/gathering space was never designed and their only entry was a very small lobby that connected hallways to the various classrooms.

Therefore, Barnes Design Group was commissioned to design a new curb appeal, image enhancement for the existing building, which included modifications of the existing landscaping and painting of the entire structure. The next phase of the project included a brand new gathering space/lobby space, which was added on between the existing building and the parking lot. This utilizes an entire glass facade which opens up the structure to the outer doors. The lobby/gathering space includes a general lobby, hallways, seating areas, restrooms and an extensive lounge/cafeteria area. 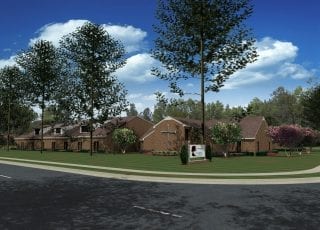 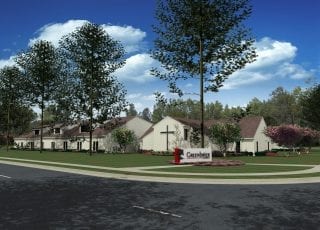 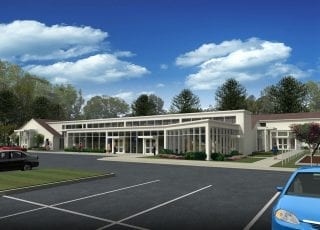 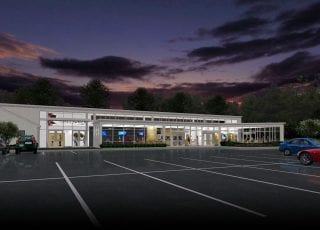 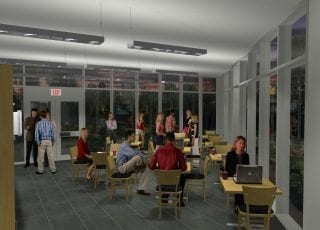 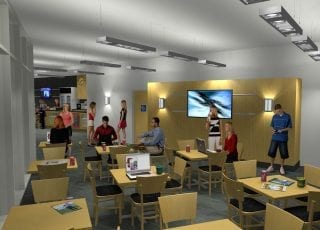 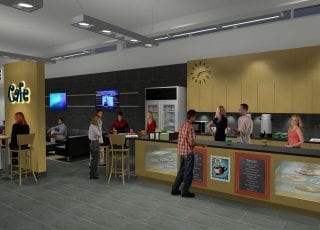 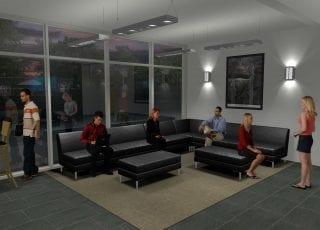 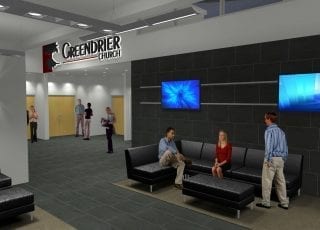